A colorful and controversial ritual. It always occurs between August and September, according to the choice made by the king’s astrologers (this year, occurred on September 2).
Young unmarried maidens from all over the Kingdom cut reeds with long knives and then gather and present them to the Queen Mother and dance, colourfully dressed and bare breasted.
Carrying the reed symbolises virginity and purity. I had the opportunity to talk with some girls who attended the celebration, and they were proud to take part of it.
Some curiosities: if the girl use a red feather around the head, it is because she is already part of the royal family. And also, the girls wear coloured tassels and woollen streamers denoting whether they are betrothed or not. The girls who arrive at the place of the ceremony are divided into groups. Each one has its typical choreography and clothes.
Besides, the beauty of the Reed Dance – it hides the real problems of the African nation – such as poverty and high rates of HIV among the population.
Also, the ritual itself clashes with some ocidental values – the fact of the nudity and the “aim” of being chosen as the new wife of the king (he has already 13!), doesn’t seem to be a problem for them.
The Swazis are a proud and wonderfully friendly people and Swaziland is a beautiful nation to visit! I totally recommend it. 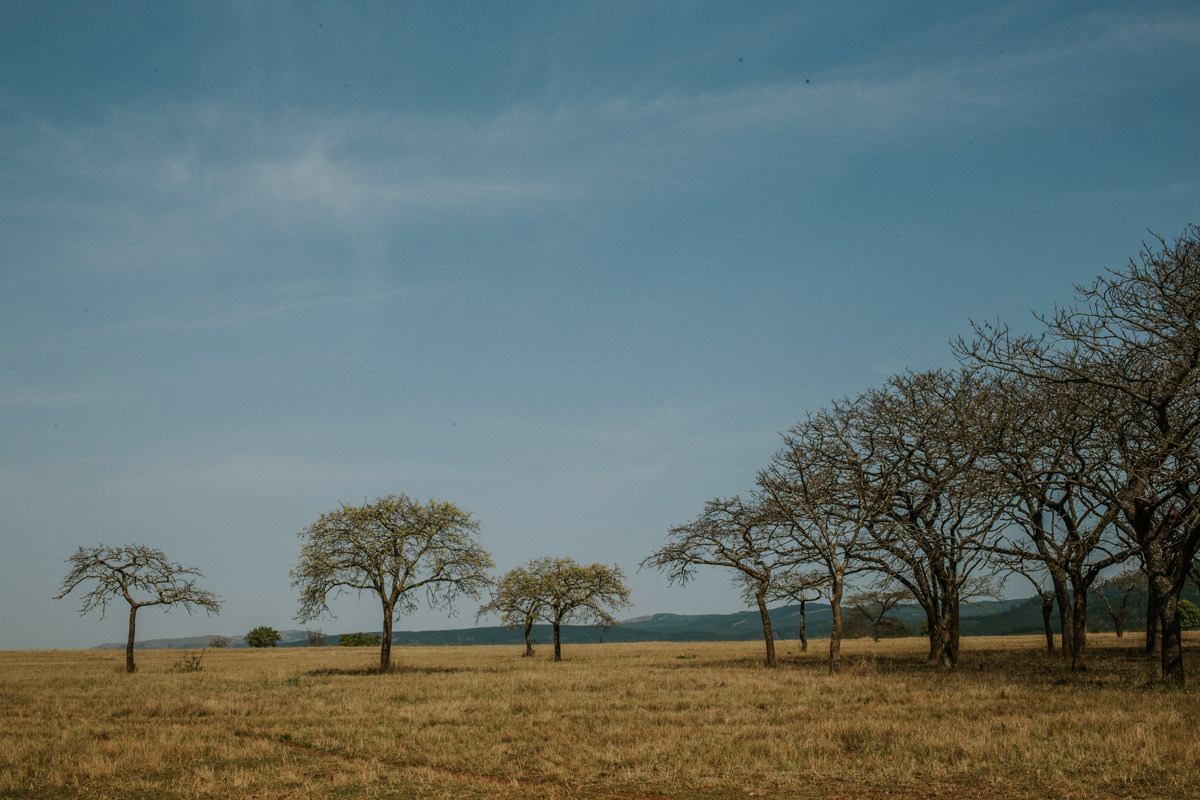 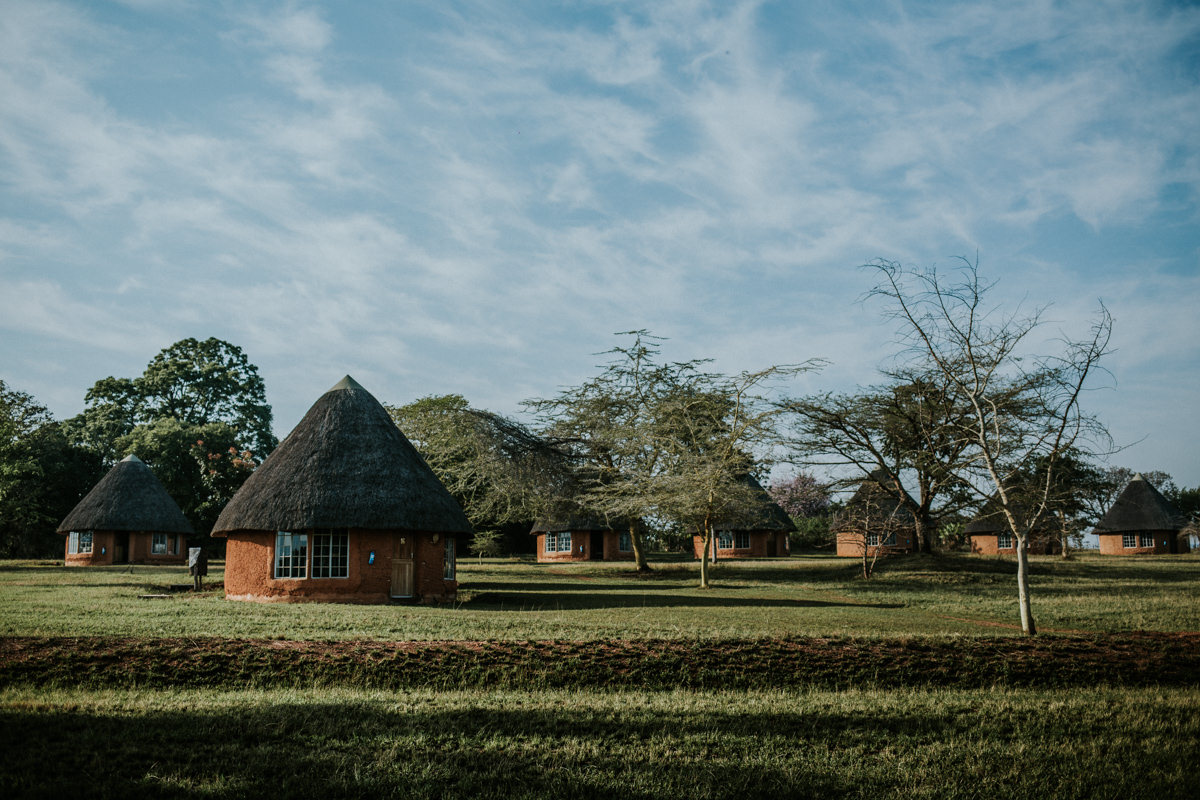 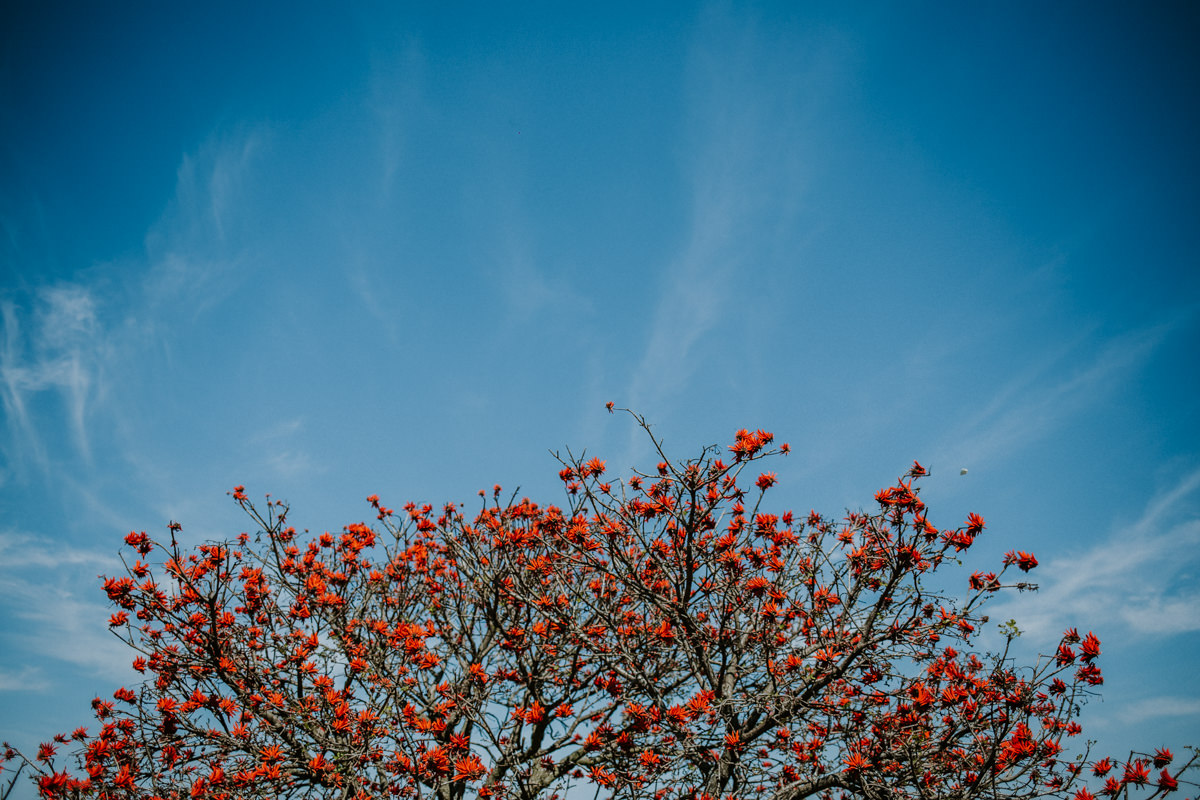 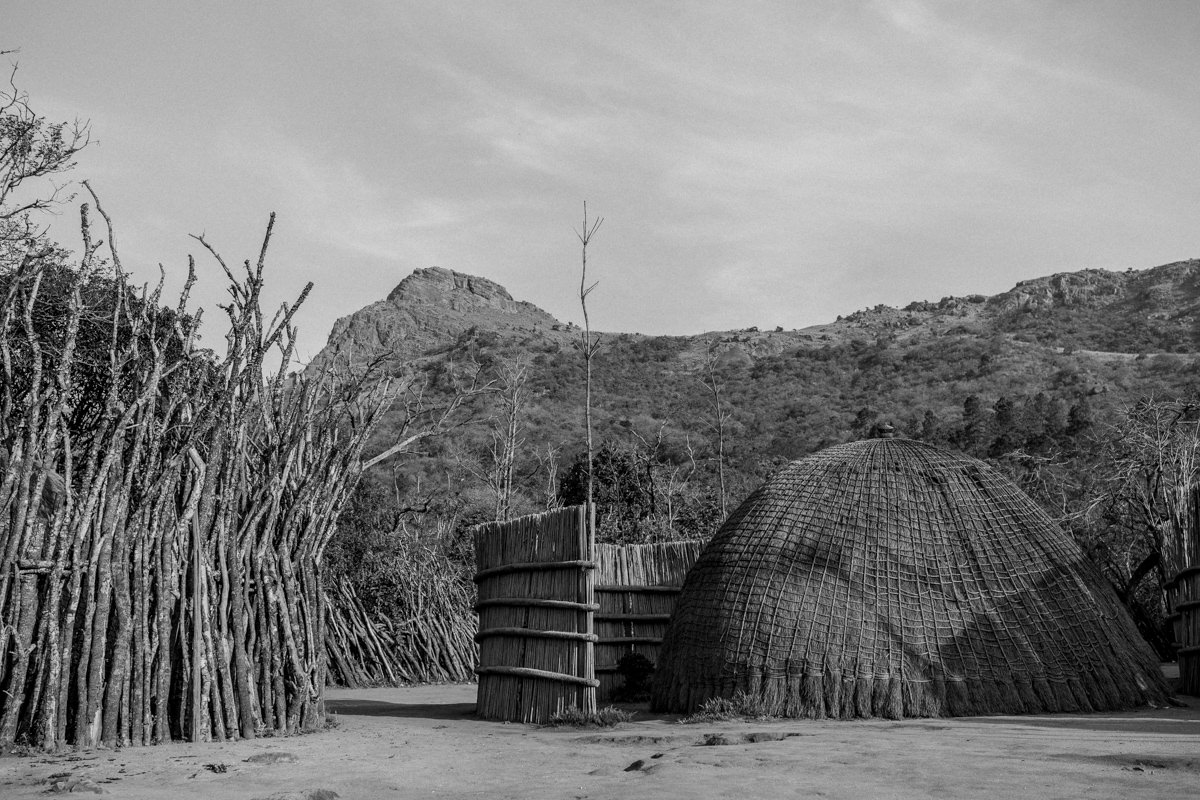 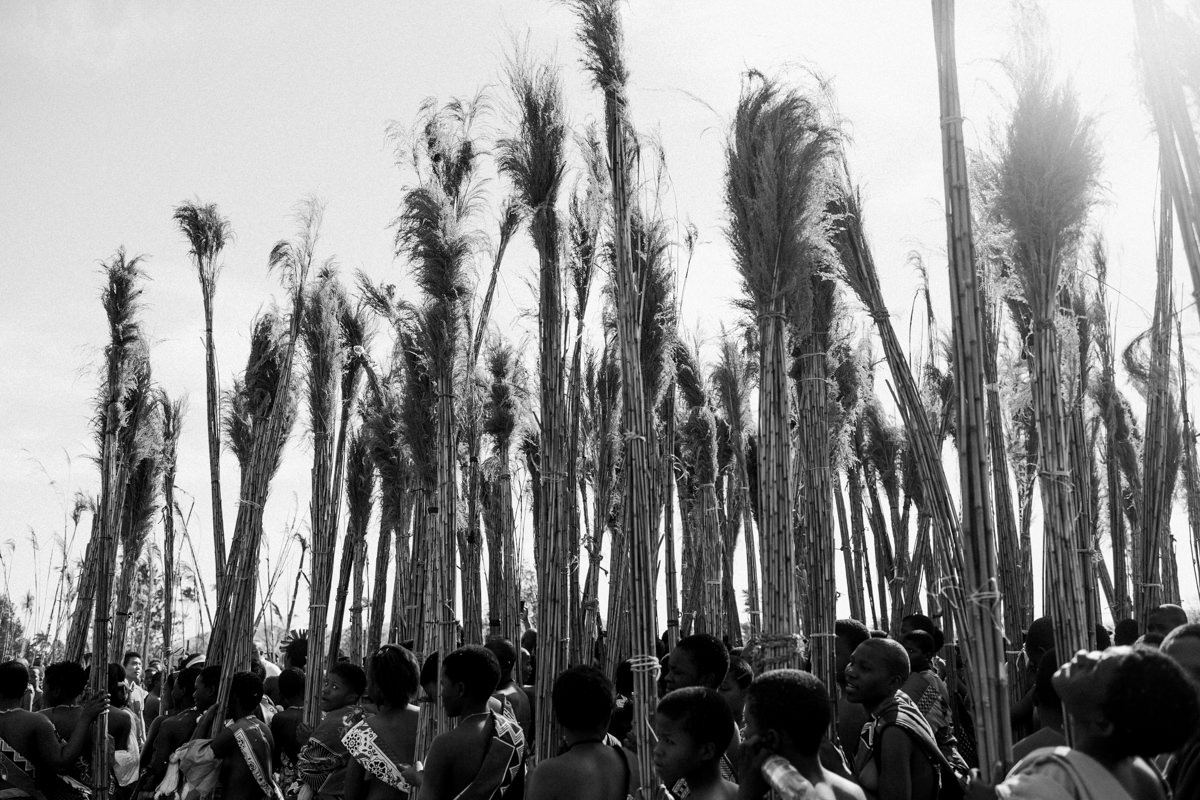 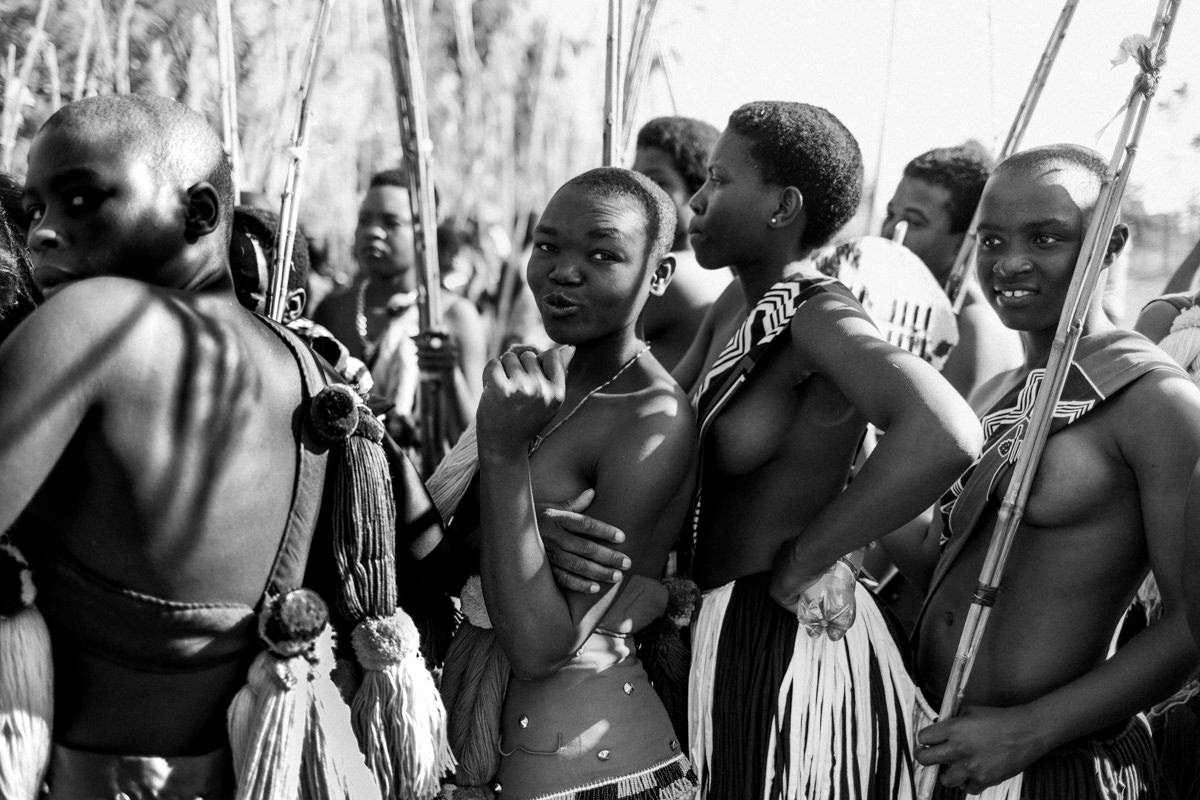 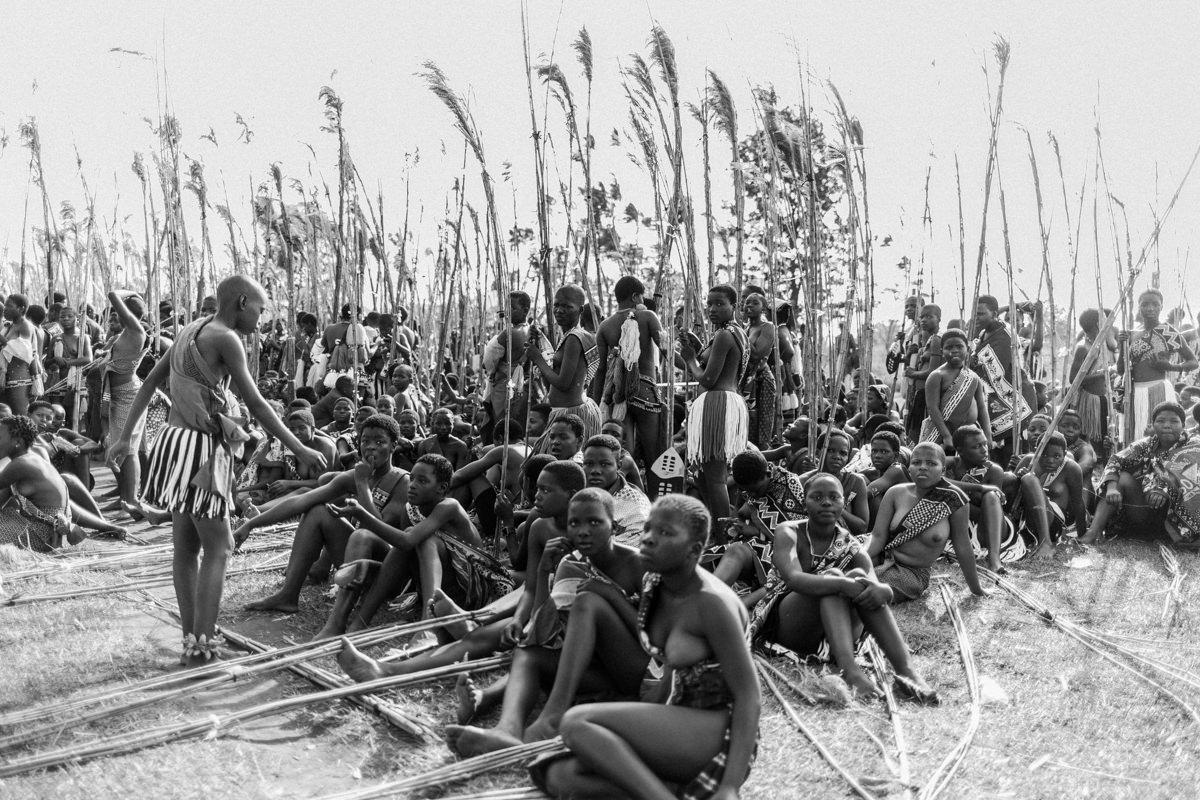 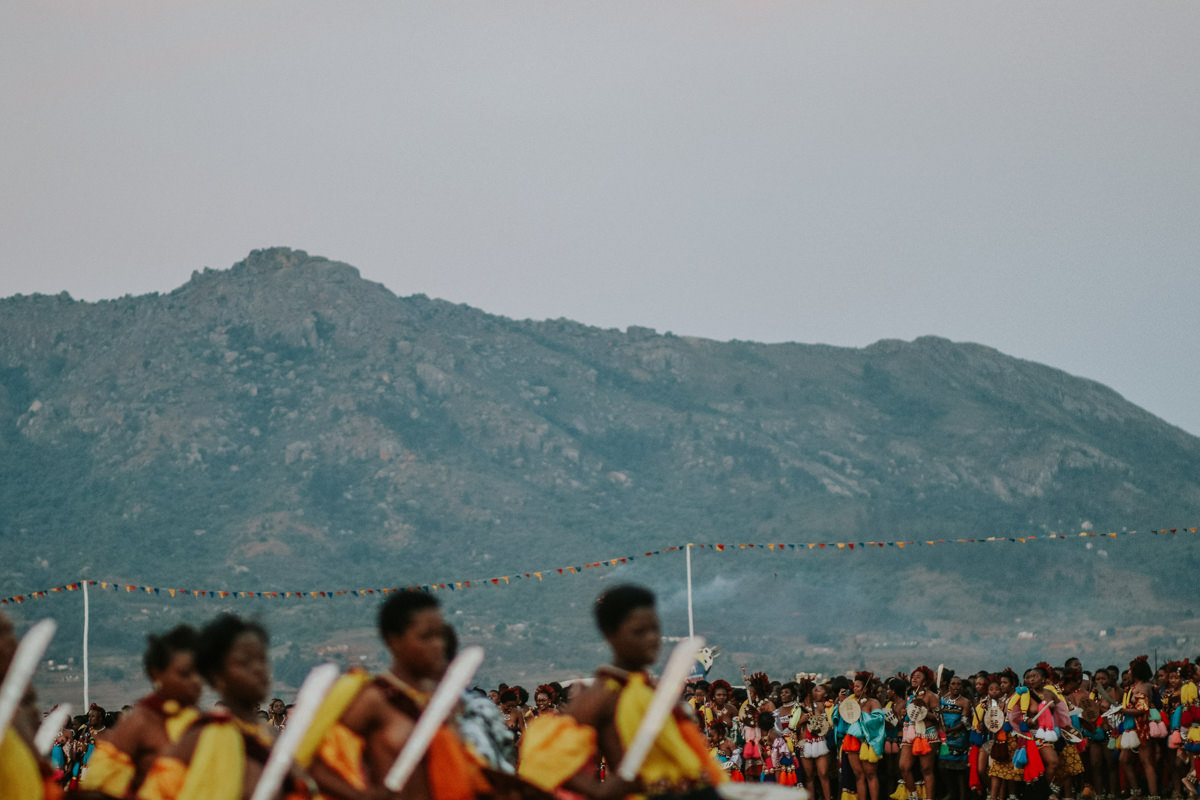 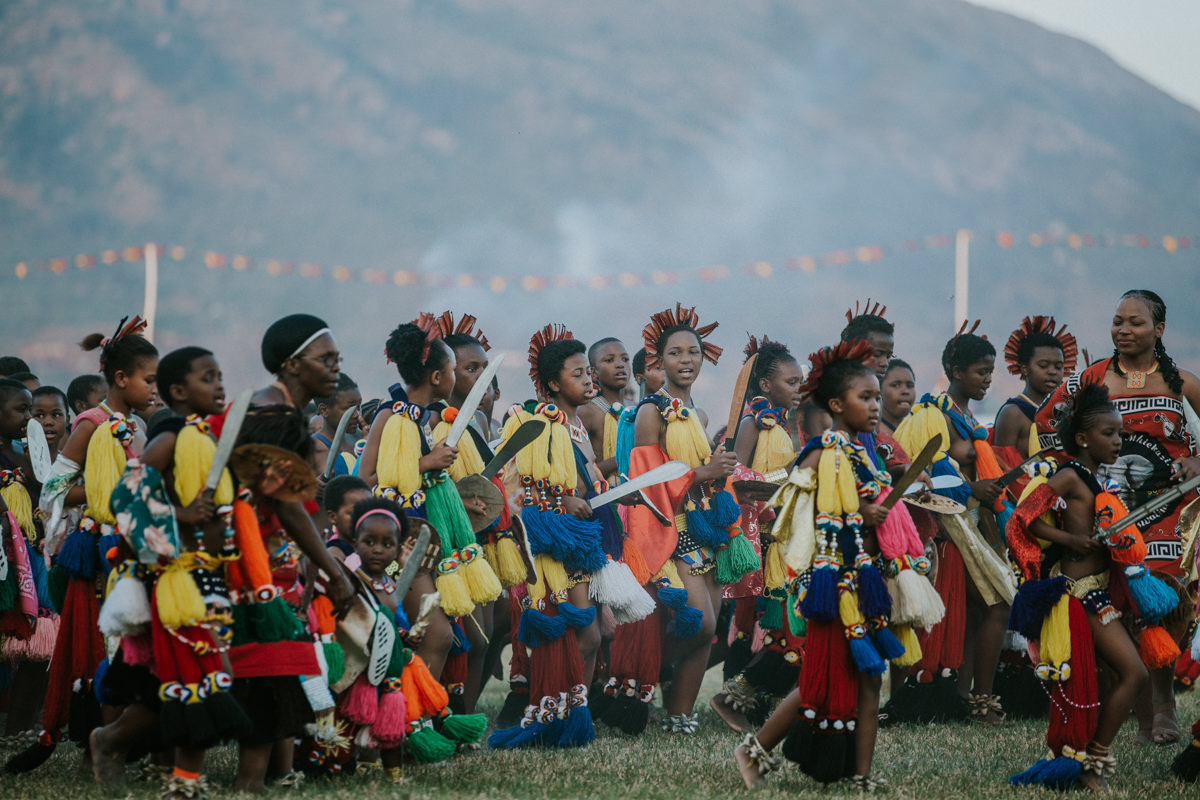 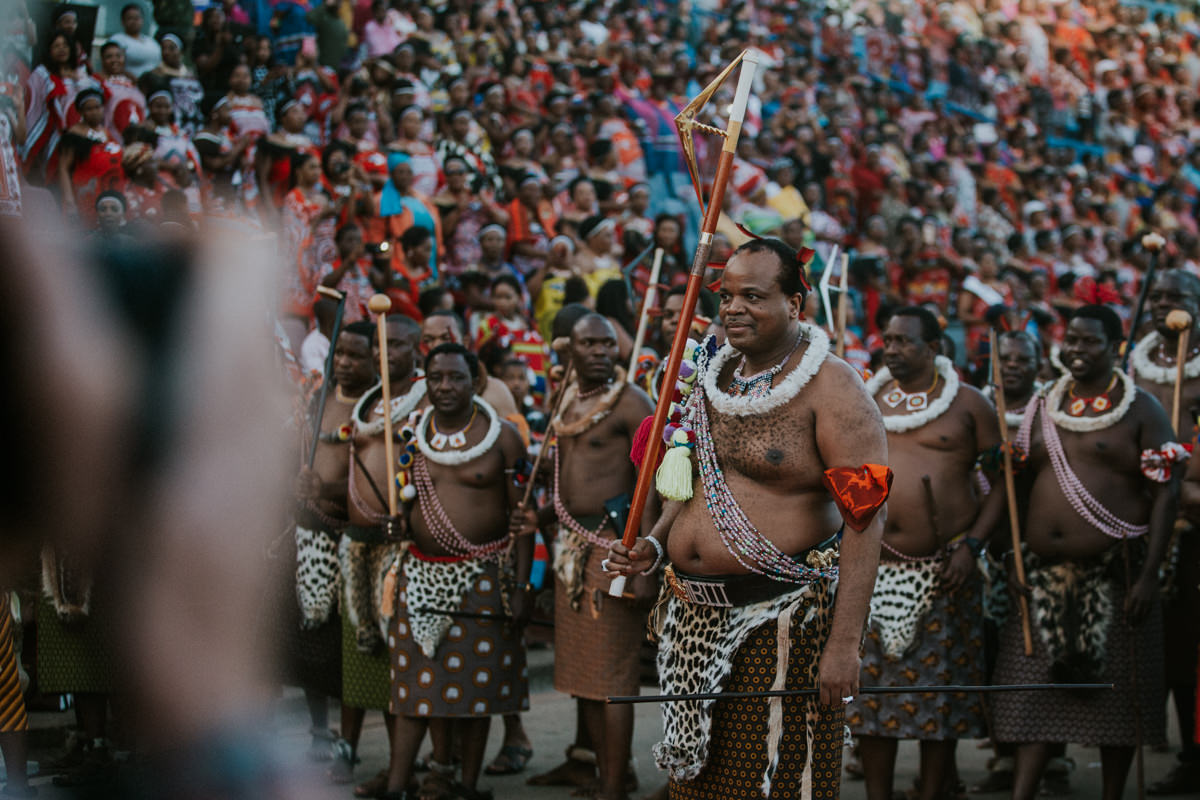 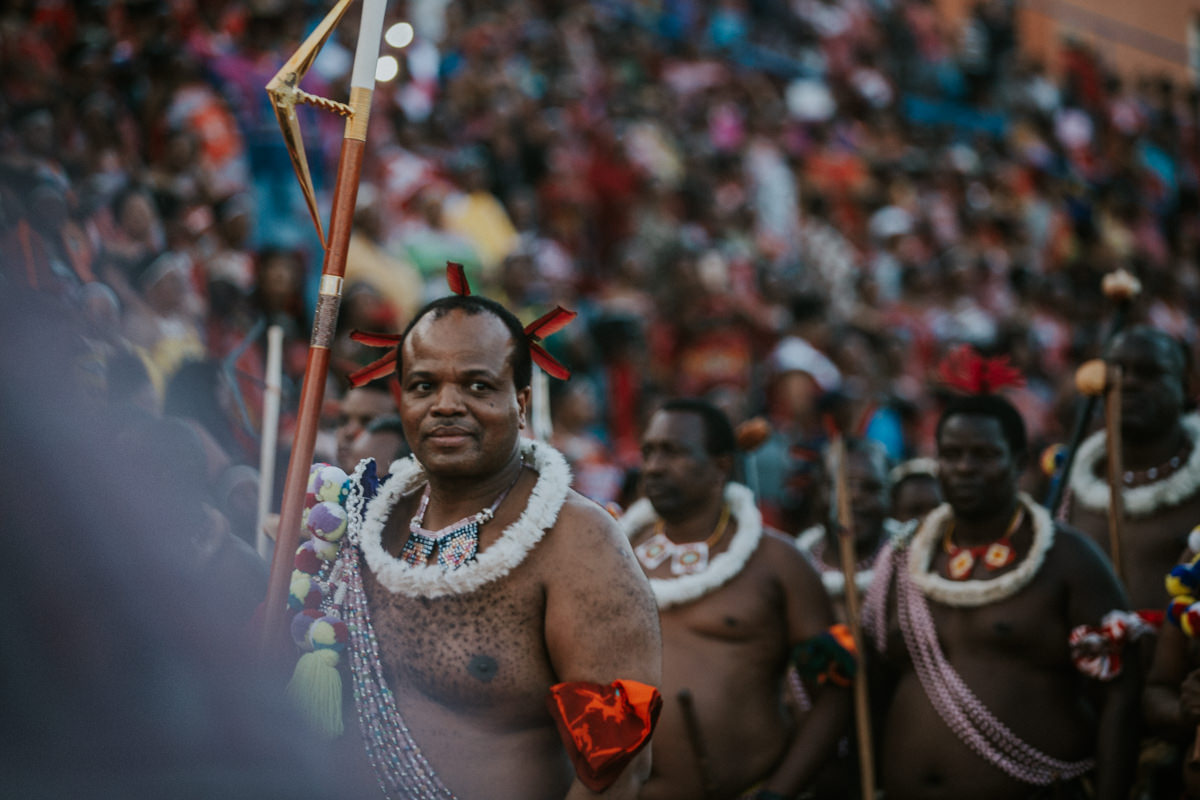 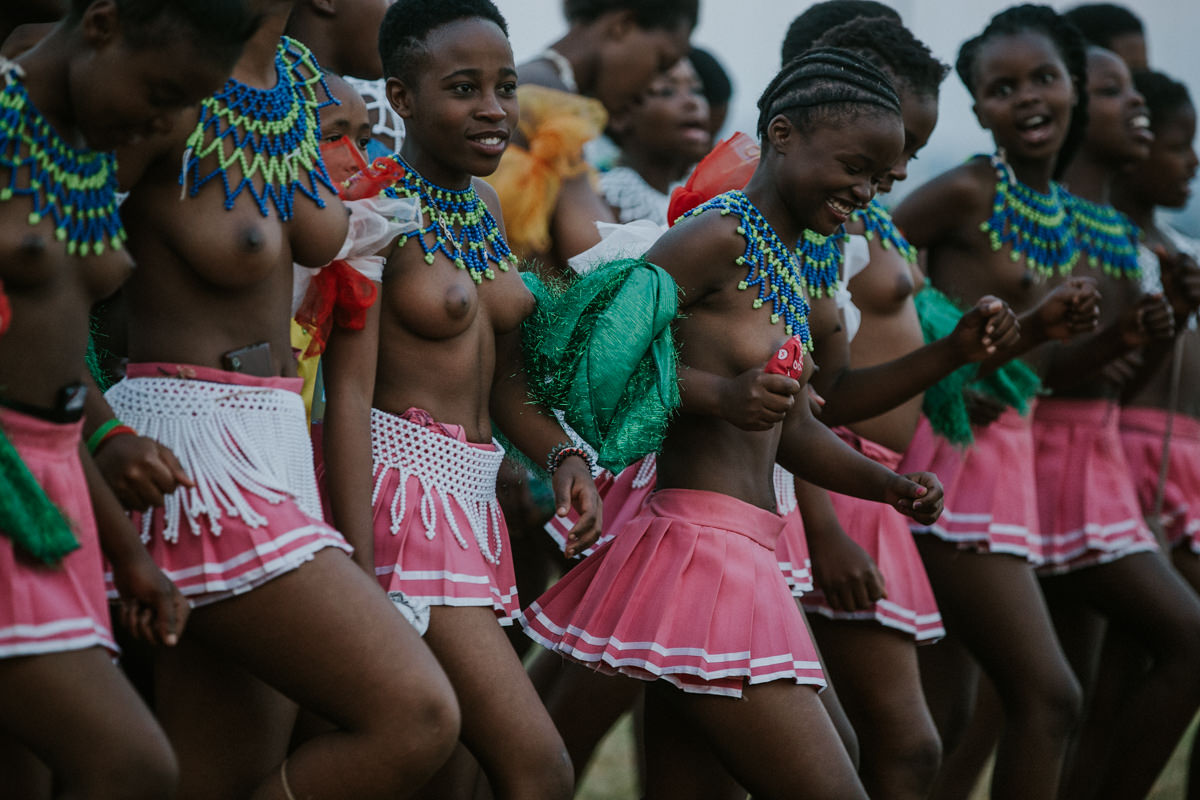 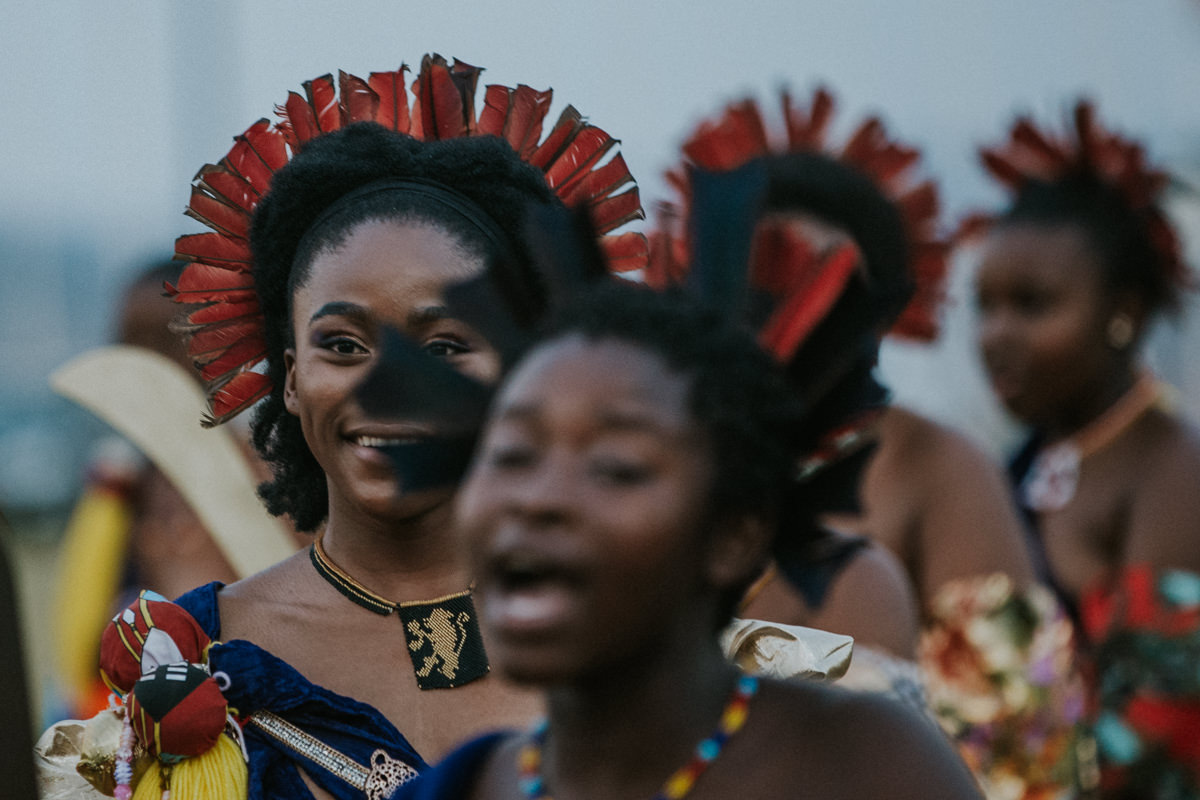 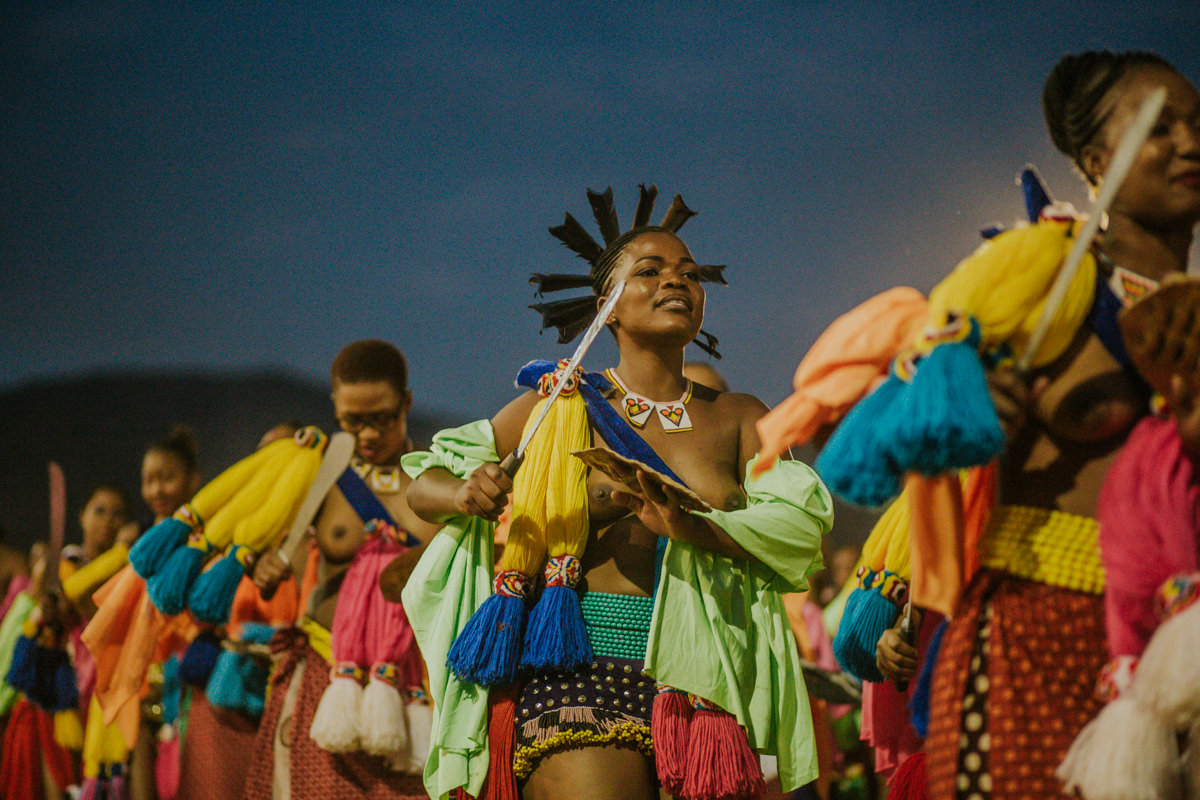 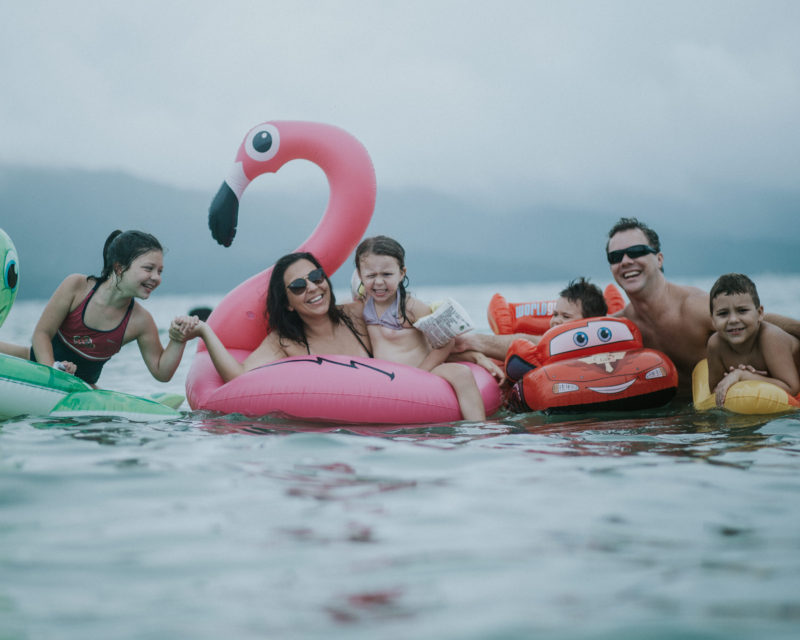 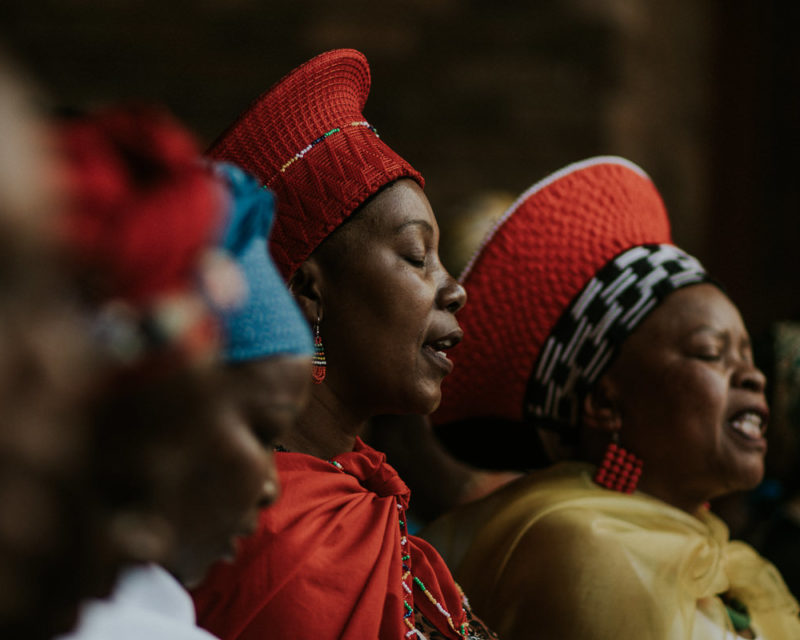 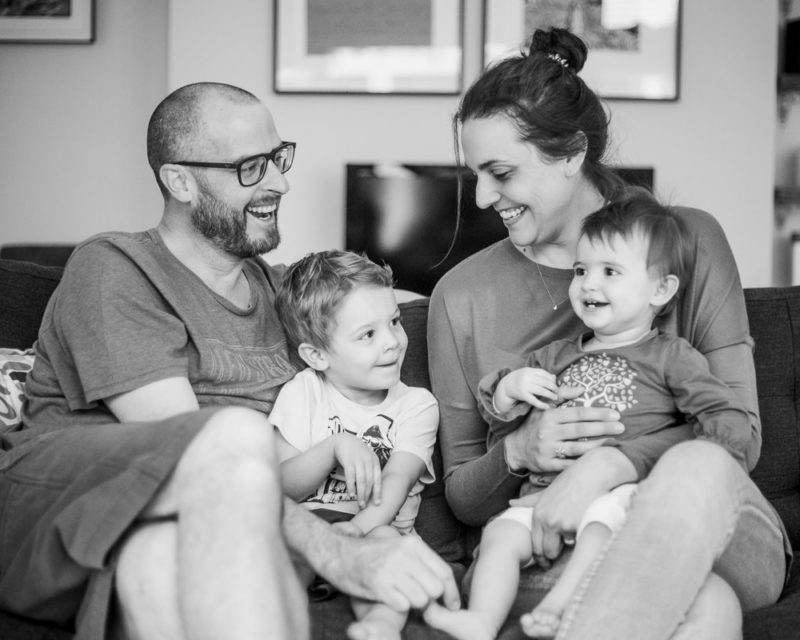